Backside of the Storm 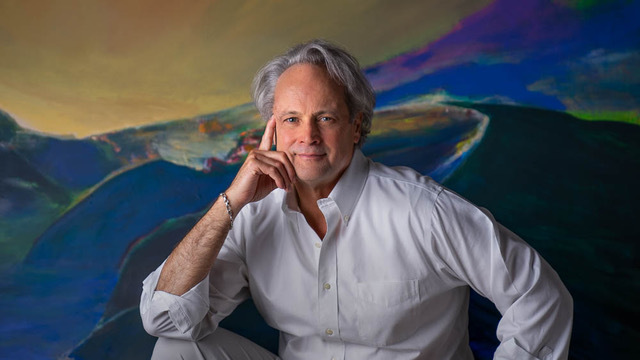 Tim Lancaster was born in Fort Thomas, Kentucky in 1956. His early art education and inspiration started at age 6-11, five days a week, 45 minutes a day at The Cathedral Basilica in Covington, Kentucky. His inspiration was fueled by the architecture, stained glass windows and most importantly the Frank Duveneck (1848 – 1919) Murals. He began to paint around age 7, and took painting classes in an artist’s home studio.

Next his education continued with Duveneck as his inspiration at age 12-16 while attending the Covington Latin School. He spent many afternoons studying the collection of Duvenck’s fine oil paintings at the Covington Public Library. At the time Tim was very influenced by the “bold definitive painterly style”. He may not have realized at the time that he was attracted to Frank Duveneck’s teaching of the Munich School style of painting. This was a movement of artists who studied in Munich or attended the Royal Academy of Fine Arts of Munich between 1850 and 1918. Dvueneck brought this style back to Cincinnati and influenced many notable artists who learned and learn from his still today.  Tim started to believe that the beauty of Duveneck’s style was reachable and he began to pursue this path of painting. He continued his Fine Art lessons at the Baker-Hunt Foundation.

At age 23, Tim had been an artist the majority of his life, and his style had finally evolved. He founded Lancaster Artworks and created faux painting, classical wood graining and murals. He promoted his brand as a “fancy painter” and took on any project thrown his way. The mural experience is one reason why Tim prefers to paint large rather than small. However, he does create small studies. This was the foundation for Tim to practice and understand his material (paint) in great depth. His formula for success was and remains “quiet thought, listen, and follow the impulses of the ArtSpirit.”

In 2006, Lancaster ArtWorks made its final transition to paintings on canvas or linen only. He received critical help and insights from Tina Tamarro ( Art Academy ,U.C.), and P.A. Nisbet as to how to bring forty years of painting to stretched linen.

Today, Tim resides in Madisonville, Ohio and paints daily in his studio near Lunken Airport. In 2019 he enjoys his current projects of creating two different series of paintings, as well as constant experimentation. Right now he has a series available that is influenced by the Rookwood Plaques and John Henry Twachtman  (1853 - 1902). These canvases are created on high quality stretcher bars and Belgian linen. The resin is built up to create his compositions in approximately 90 layers of paint to each painting. Another series that he is working on is an expression of fantasy and form on Belgian linen with brightly controlled colors and organic compositions reminiscent of Salvador Dali and Georgia O’Keefe.  His canvas and linen sizes are influence by the masters.

No one chooses the path of the artist, it is something one is born to do.  And that which births the ArtSpirit will guide and sustain. The elementary education for the artist establishes the sense of beauty, the aesthetic which one will seek to achieve.

Mine was taught to me at age 6-11, five days a week, forty-five minutes a day, through the direct visual observation of  the multitude of masterworks in the Cathedral Basilica in Covington, Kentucky.  The architecture , stained glass windows, and Duveneck murals were Divine. I began painting around age seven, and took paintings classes  in an artist’s home studio.

The secondary education of the artist establishes that the Divine is possible. At age 12-16, while going to Covington Latin, I spent many afternoons studying the collection of fine oil paintings by Duveneck in the Covington Public Library.  In their presence, with his bold definitive painterly style, I began to understand that the beauty I had observed was actually reachable. And I began to reach. My efforts at painting became more earnest and I was able to continue my art lessons at the Baker-Hunt foundation.

The higher education of the artist establishes the action and practice of articulating the Divine. At age 23, the real work of Art began.  Faced with the need to paint daily and the need to have income: I started Lancaster ArtWorks. I promoted myself as a ‘fancy painter’ doing faux, classical wood graining, and murals. I would say ”yes” to any request for anything done with paint.  After 30 plus years of that education, I  knew the  materials of the paint world inside and out as well as the single formula for success: quiet thought, listen, and follow the impulses of the ArtSpirit.

In 2006, Lancaster ArtWorks made its final reinvention to canvas art only. I received critical help and insights from Tina Tamarro ( Art Academy ,U.C.), and P.A.Nisbet as to how to bring forty years of painting to stretched linen.