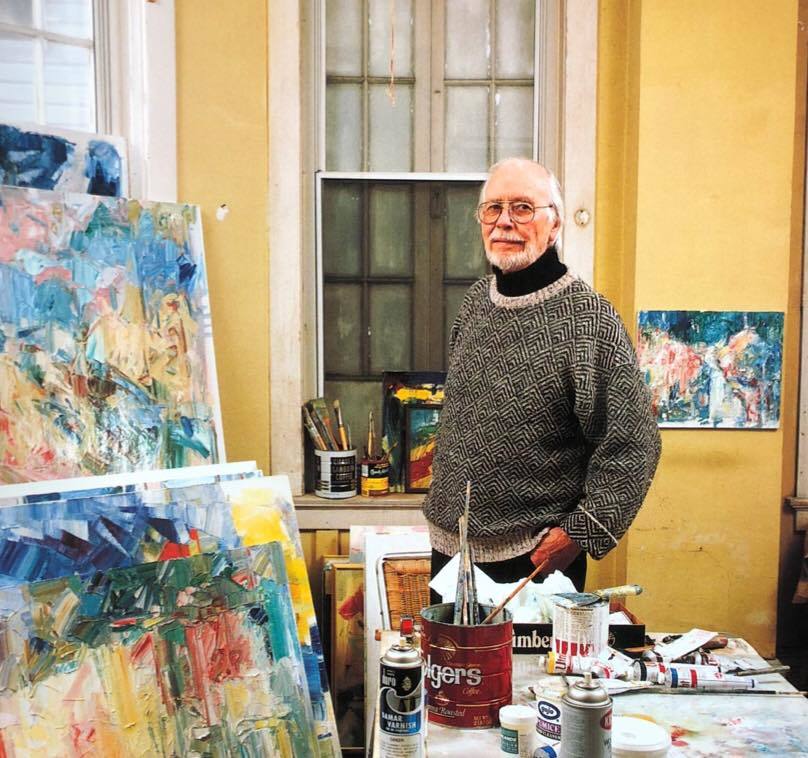 Jack Meanwell grew up in Windsor, Ontario, across the river from Detroit, and attended the Detroit Art Academy and the Society of Arts and Crafts. The Depression was raging, so he shifted his energies to commercial art at a technical school. During World War II, he was in the Royal Canadian Air Force and instructed ground crews about radar. In 1945, he joined Greenhow Art Studios, which handled the advertising for Ford and Chrysler, but he found that work stifling and uncreative. Meanwell, his wife and son drove to Cincinnati, where he became half-owner with his father-in-law of Wallingford Coffee Company until 1972.

Meanwell is known for his landscape and figurative work in styles ranging from totally abstract to realist. He has spent over 25 years as an instructor in the community education program at the Art Academy of Cincinnati and, while living in Cincinnati, has maintained a studio in an 1818 mansion called Elmwood Hall in Ludlow, Kentucky. Jack Meanwell passed away on June 7, 2005, at the age of 86.

Meanwell is represented in the permanent collection of the Cincinnati Art Museum by four works:  two paintings, one drawing, and one color lithograph.