Evening at the Chain Bridge 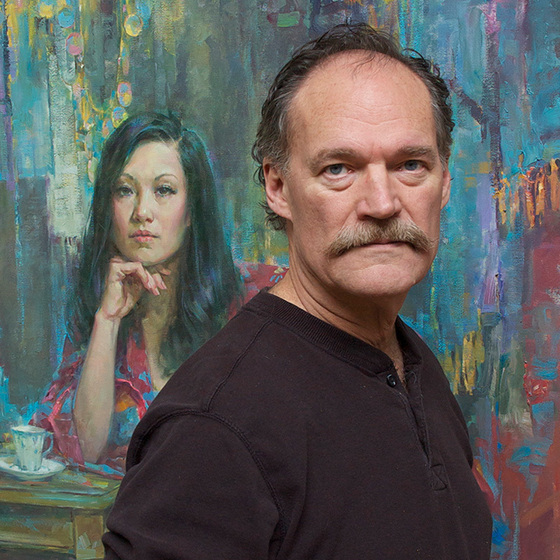 John Michael Carter was born in Chicago. He showed an interest in drawing at an early age and began his studies at 15 with his father E. L. Carter, a commercial artist and illustrator. After graduation from high school he attended the American Academy of Art in Chicago.

In 1970 Carter continued his studies at the Art Center College of Design in Los Angeles. There he studied the major classical schools of drawing and painting with Reynolds Brown, Harry Carmean, and Lorser Feitelson. He received his B.F.A. in 1972. Carter has had many shows in galleries all over the country. His wide range of subject matter covers landscapes, still life, figurative painting, and portraiture. His portraits include senators, governors, university presidents as well as corporate and civic leaders. In addition to Carter’s love of figurative painting, he enjoys the street scenes and landscapes he discovers in his travels here and abroad.

Mr. Carter has been a frequent guest instructor at art workshops across the country, including the Scottsdale Artist School since 1990, the Dallas Arts League and the Cincinnati Arts Club. His thorough classical training and experience in drawing and painting gives him the technical expertise for superb instruction.

He is a master signature member of Oil Painters of America and serves on the board of directors of that organization.

JOHN MICHAEL CARTER IS THE RECIPIENT OF NUMEROUS AWARDS FOR HIS WORK, INCLUDING